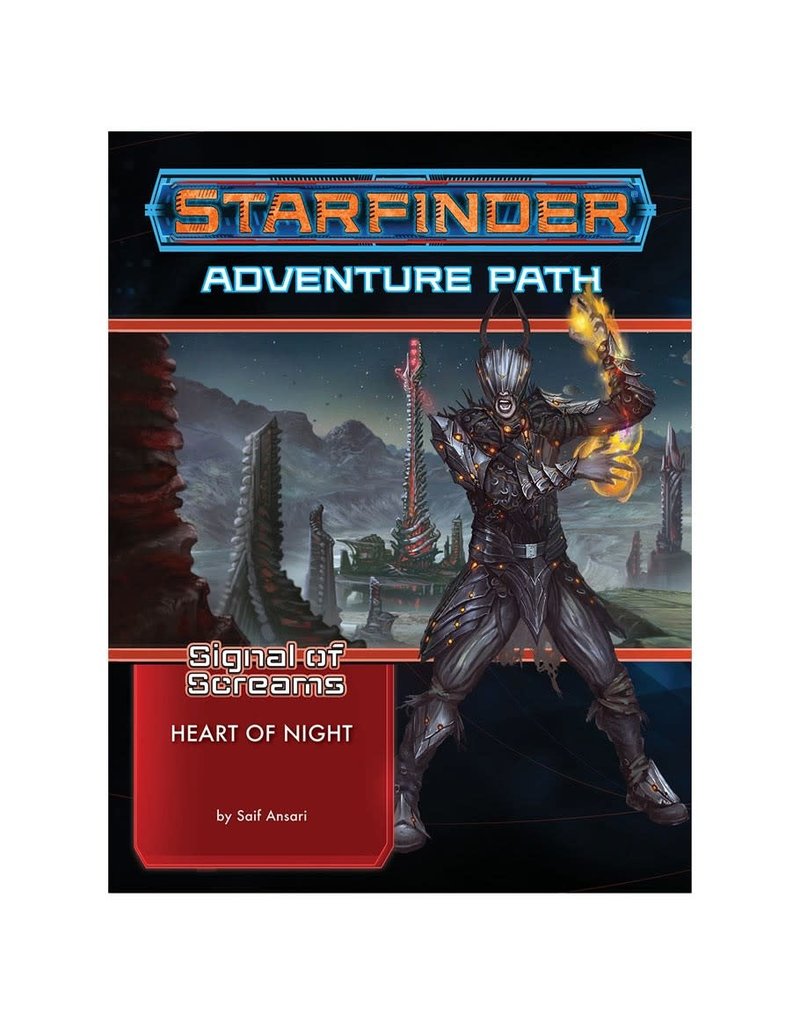 Trapped on the Shadow Plane, the heroes' only hope of returning to the Material Plane is to find and destroy the mad scientist whose machinations put them in this predicament. At a creepy spacedock controlled by worshipers of a god of darkness and pain, the PCs are able to retrieve a shadow version of their starship to fly back to the asteroid where the campaign began. Fighting past disturbing vessels piloted by shadowy fiends who want to flay them alive, the heroes arrive at a twisted place where the moans and screams of unseen beings echo through unfamiliar halls. At the center of this web, the heroes confront the evil scientist, who has been transformed through her experimentation with pleasure and pain. With her notes and the use of partially living machinery, the PCs can cure themselves of their corruption and find a way home!

“Heart of Night” is a Starfinder Roleplaying Game adventure for four 11th-level characters. The adventure concludes the Signal of Screams Adventure Path, a 3-part, monthly campaign in which players race to find the source of a mystical signal that warps both minds and bodies. It also includes advice for how to continue the campaign, an exploration of the Shadow Plane, and a selection of horrifying new monsters.

Each monthly full-color softcover Starfinder Adventure Path volume contains a new installment of a series of interconnected science-fantasy quests that together create a fully developed plot of sweeping scale and epic challenges. Each 64-page volume of the Starfinder Adventure Path also contains in-depth articles that detail and expand the Starfinder campaign setting and provide new rules, a host of exciting new monsters and alien races, a new planet to explore and starship to pilot, and more!