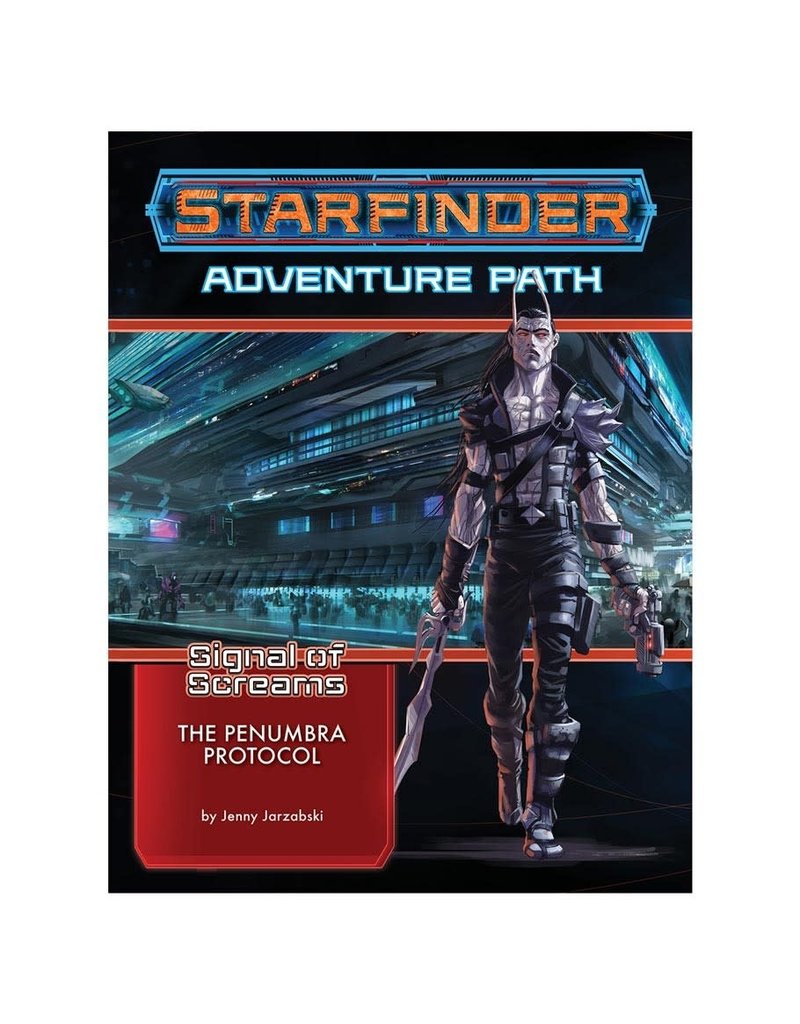 Infected with a sickness that threatens to turn them into twisted murderers, the heroes travel to the city of Cuvacara on the planet Verces to find the possible origin of the madness! They soon discover that a sinister company plans to release a new social media app that will corrupt the entire city. Surviving attacks from corporate assassins, the heroes can shut down the app's servers and discover the location of the company's hidden underground base on the planet's Darkside. Within are individuals who seem to have willingly undergone transformation and protect the facility with their lives. After confronting the charismatic executive in charge and learning of the mad scientist who created the signal, the heroes find out they are now trapped on the Shadow Plane!

“The Penumbra Protocol” is a Starfinder Roleplaying Game adventure for four 9th-level characters. The adventure continues the Signal of Screams Adventure Path, a 3-part, monthly campaign in which players race to find the source of a mystical signal that warps both minds and bodies. It also includes a gazetteer of the technological metropolis of Cuvacara, a discussion of the shadowy fiends known as velstracs, and a selection of horrifying new monsters.

Each monthly full-color softcover Starfinder Adventure Path volume contains a new installment of a series of interconnected science-fantasy quests that together create a fully developed plot of sweeping scale and epic challenges. Each 64-page volume of the Starfinder Adventure Path also contains in-depth articles that detail and expand the Starfinder campaign setting and provide new rules, a host of exciting new monsters and alien races, a new planet to explore and starship to pilot, and more!