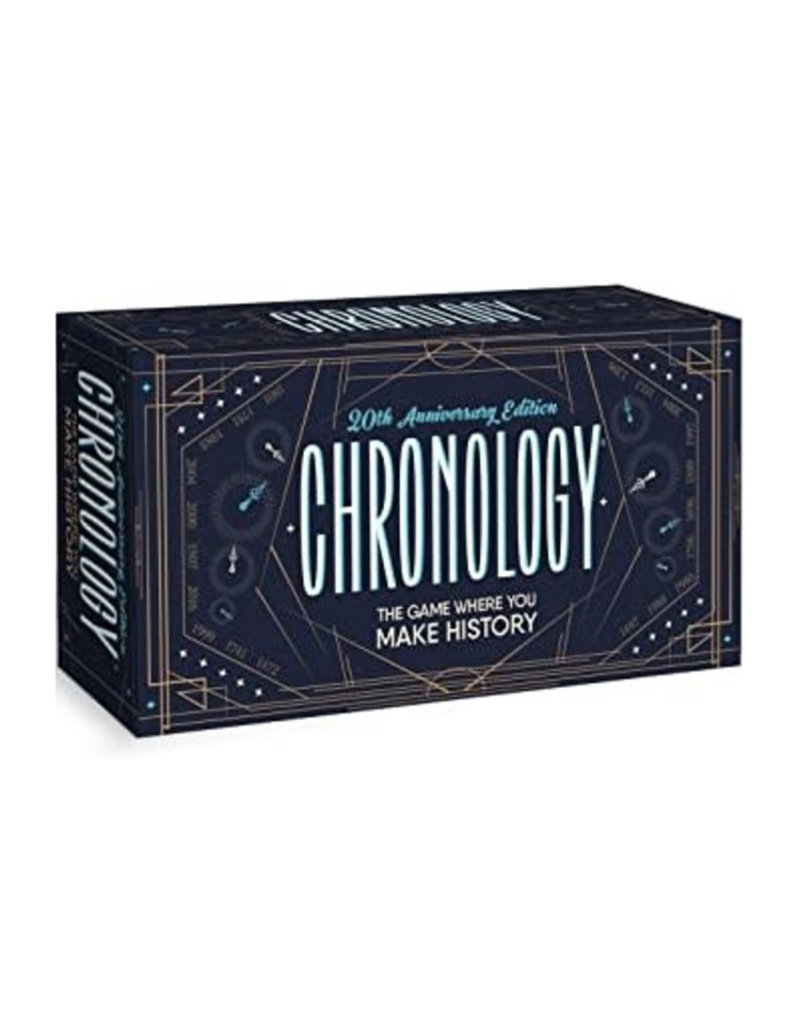 Chronology is a card game of all time. More specifically, during the game each player builds a timeline of cards, with each card listing an historical event and the year in which it occurred.

At the start of the game, players are dealt two cards, which are then placed face up in chronological order. On their turn, a player is read an event from a new card; the player must then indicate the position on their own timeline where the card should be placed. If they're correct, they take possession of the card and inserts it in their line; if not, the next player gets a crack at it, and so on. The first player with ten cards wins.