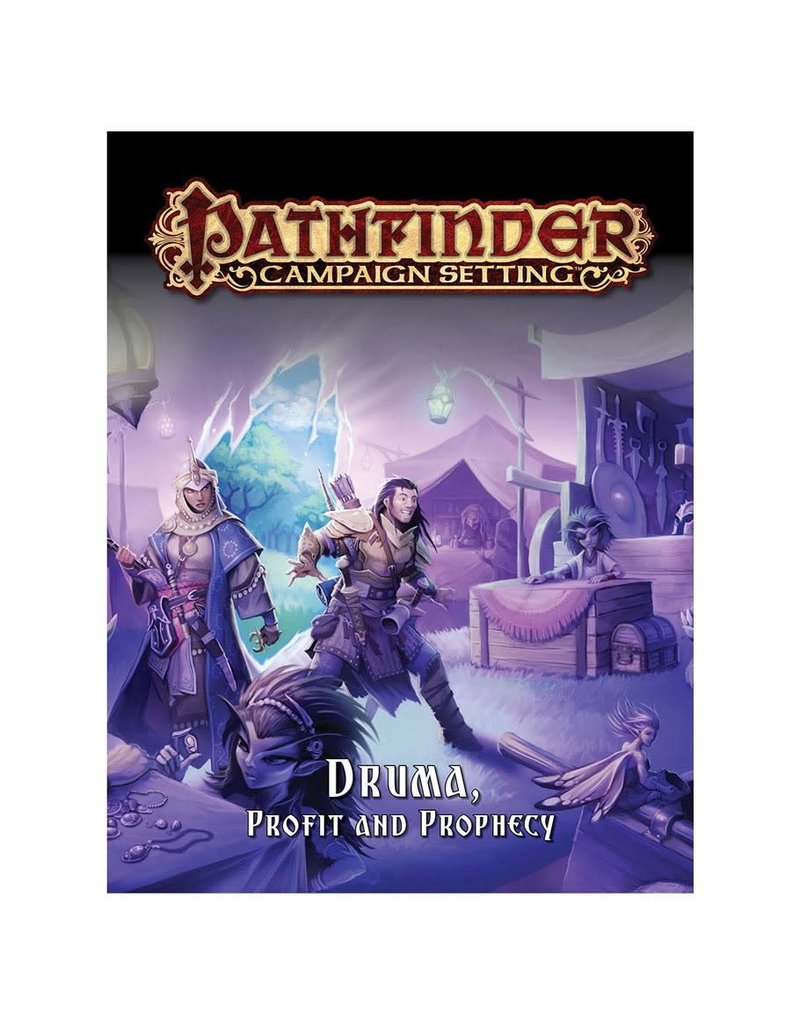 In It For the Money! After millennia as a dwarven colony, Druma has emerged as one of the richest nations in the known world, where white-robed prophets known as Kalistocrats have built a religion out of wealth. Yet the peaceful facade belies the cutthroat competitiveness, hidden ruins, primeval fey forests, ancient grudges, insidious schemes of a daemonic harbinger, and previously untold opportunities for adventure. Whether you are an entrepreneur with dreams of commercial domination, an adventurer seeking a wealthy patron, a scholar deciphering the esoteric Prophecies of Kalistrade, or an explorer hoping to uncover the extraordinary history of Avistan and its Kellid people, Pathfinder Campaign Setting: Druma, Profit and Prophecy holds these answers and more.