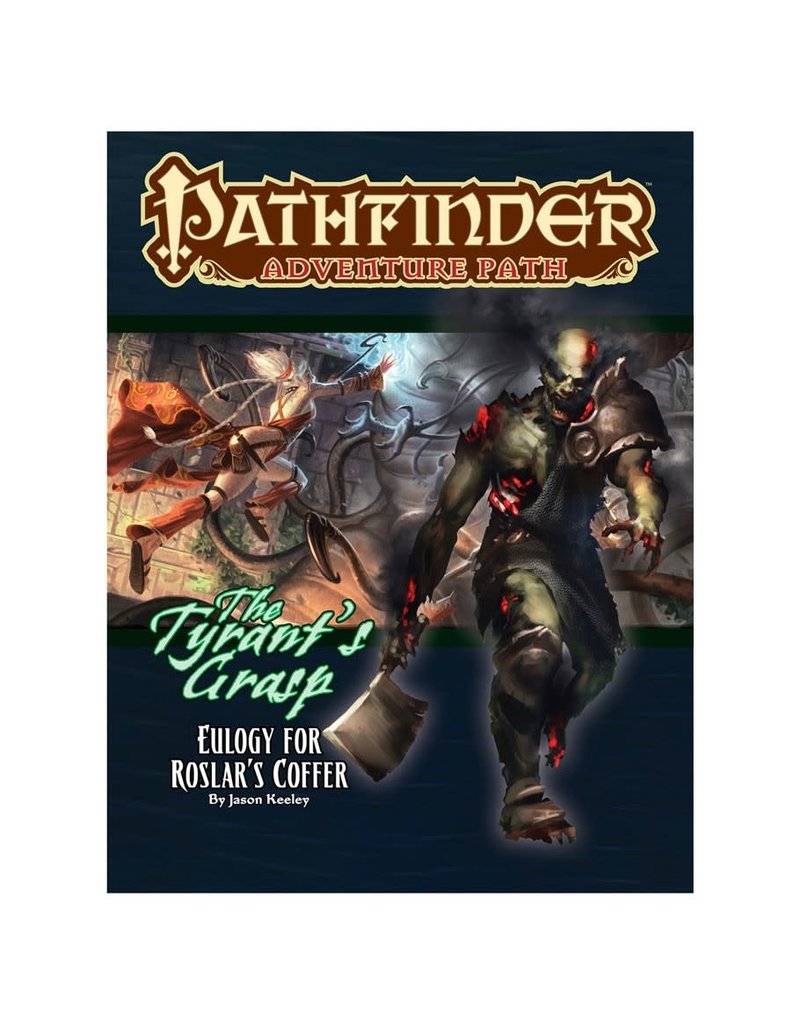 Returning to the land of the living, the PCs explore the ruins of the town of Roslar's Coffer, the center of the devastating blast that sent them to the afterlife. Populated with newly risen undead, twisted creatures, and cultists of the Whispering Way, Roslar's Coffer offers danger around every corner. Will the PCs be able to escape the clouds of poisonous fog that encompass the town to warn the rest of the world of the rising threat to all life?

“Eulogy for Roslar's Coffer” is a Pathfinder Roleplaying Game adventure for 5th-level characters. The adventure continues the Tyrant's Grasp Adventure Path, as players uncover a conspiracy of dark magic, the living dead, and a devastating weapon that can free an ancient abomination. A selection of new monsters, an exploration of the machinations of the cult known as the Whispering Way, a catalog of traveling merchants, and an overview of the faith of Arazni, the fallen herald of Aroden round out the volume.