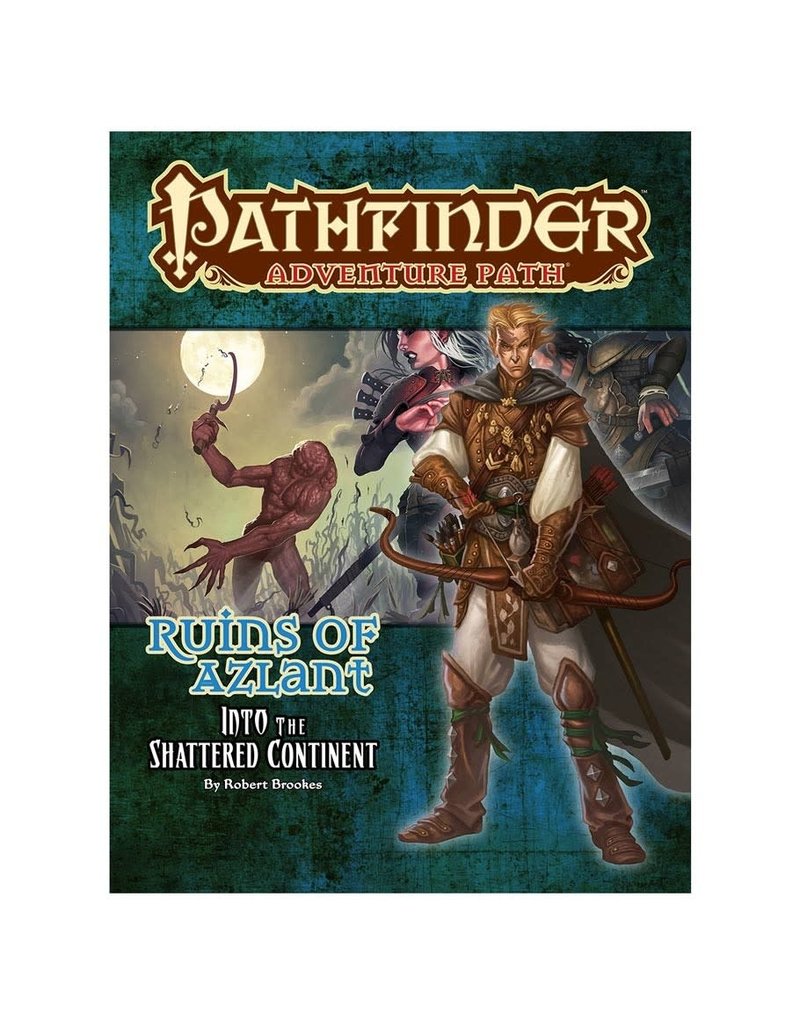 After working to secure their settlement on the lost continent of Azlant, the adventurers aid the colony by exploring the rest of the island in search of resources and to look for potential dangers. After a few days spent on exploratory missions and returning to the settlement each night, they begin to notice that some people in the settlement are acting strangely, a haunting echo of the clues left behind after the original settlers vanished. Sinister forces are at work in the colony and the adventurers must uncover a menacing threat to the settlement before they become the next victims of a vile plot.

“Into the Shattered Continent” is a Pathfinder Roleplaying Game adventure for 4th-level characters. The adventure continues the Ruins of Azlant Adventure Path, a tale of survival on the deadly island remnants of humanity's first empire. A selection of new monsters, a gazetteer of the region, and a sampling of ancient treasures round out this volume of the Pathfinder Adventure Path!