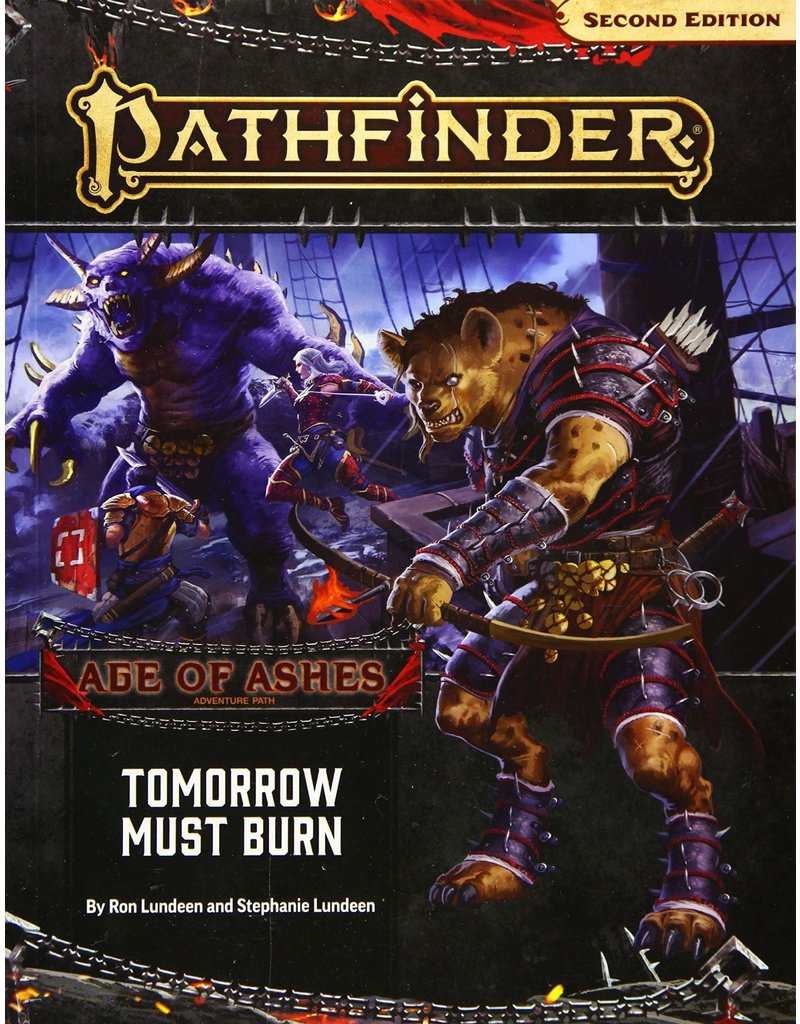 The Age of Ashes Adventure Path continues! In defeating the treacherous Cult of Cinders, the heroes discover a nefarious group pulling the cult's strings—a mysterious merchant's guild called the Scarlet Triad. Following clues and utilizing another portal found below their castle on Hellknight Hill, the heroes come to the recently founded nation of Ravounel, where they must stand against the Scarlet Triad as the group attempts to establish an underground slave trade. But as the heroes clash more and more with the Scarlet Triad, it becomes increasingly apparent the slavers have even more sinister plans for the Inner Sea region–plans that must be stopped!

Age of Ashes is the first Adventure Path using the brand new rules for the Pathfinder RPG. This third adventure is for 9th-level characters, and also includes a gazetteer to the newly formed nation of Ravounel, an exploration of the dragons of the world, a wealth of new options for player characters to discover (from magic items, spells, and feats, to a new class archetype), and more than half a dozen new monsters!