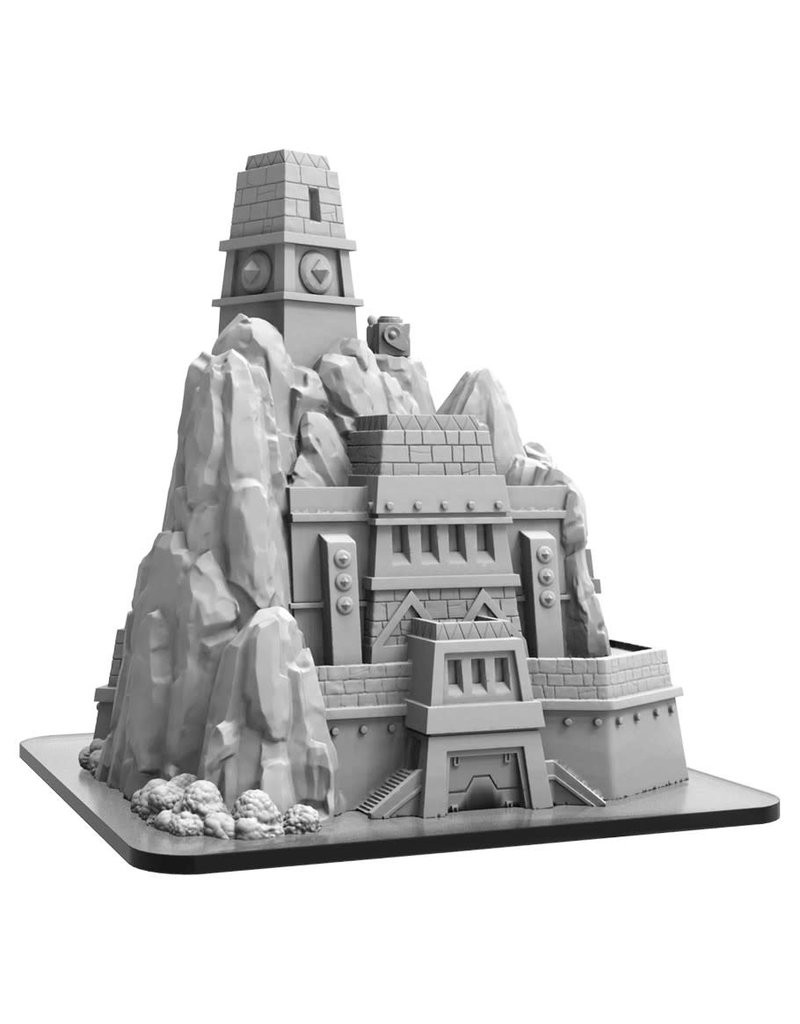 Those who have seen the Empire of the Apes in action have begun to suspect there must be human collaborators facilitating their military efforts, and the Jungle Fortress certainly supports this theory. What strange cabal might be behind efforts to enhance the native intelligence of the apes and help outfit them with modern weaponry remains unknown, but their facilities have sometimes been discovered in remote locations. Within these halls, stolen or black market-bought military hardware is modified to suit the oversized frames of the apes. They also stock many pairs of oversized ape goggles, as eye protection is clearly a priority.

The Jungle Fortress brings unit reinforcements to the battlefield and helps deploy Empire of the Apes forces. A Protectors player who secures this building can spawn Empire of the Apes units to the battlefield cheaper. Any player who secures this building gains the ability to bring even more units from their reserves into play, allowing them to overwhelm any opponent.