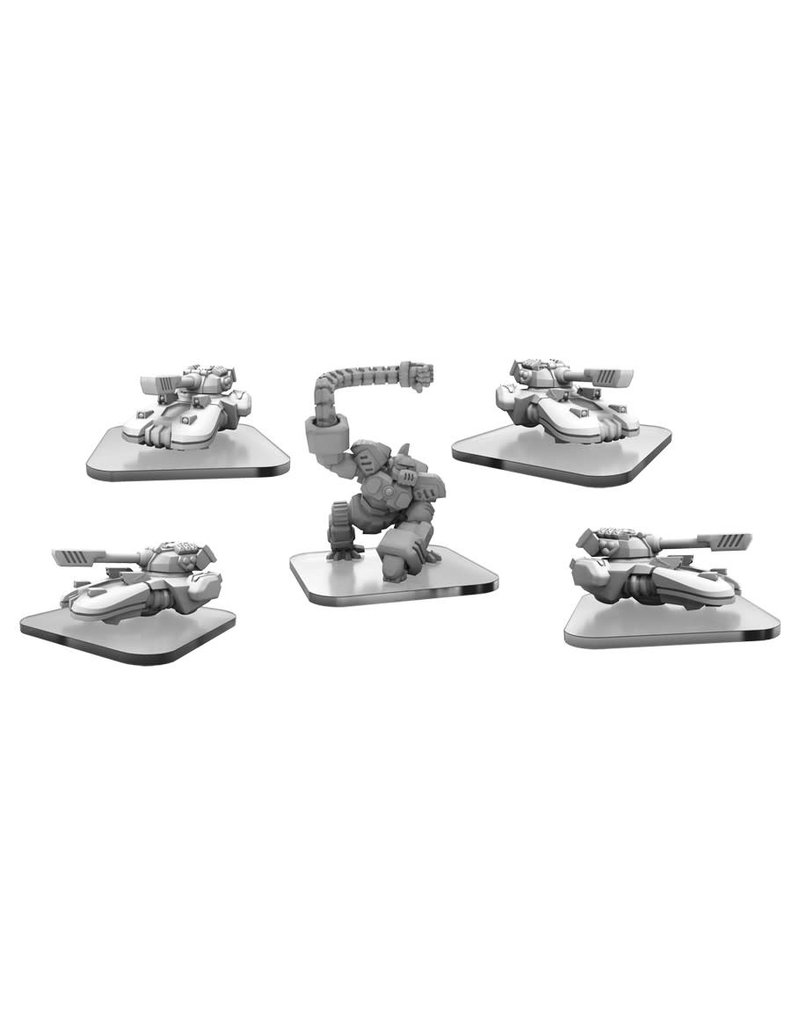 From the laboratories of the Uber Corp come more engines of destruction. In their attempt to make a match for the rock-steady G-Tank, they instead created something altogether unique. Gliding nearly silently with anti-gravity technology are the U-tank weapon platforms. Their massive cannons deal death and destruction to all would stop their constant advance.

The Anti-Air-Ape-Bot is a perverse facsimile of the warriors of the Empire of the Apes. They have been seen slinging their chain fists, ripping enemies from the skies. Standing triumphant over the wreckage of enemy fighters, they prepare to unleash a frenzied mass of chains to eradicate any remaining resistance.

This blister pack provides the third Uber Corp International unit reinforcements for Destroyers players. A consistent low hum originates from the U-Tanks as they Hover over the battlefield, steadily claiming territory while advancing. AAApebots Reach toward the skies with devastating chain fists that rip aenemies down to earth.