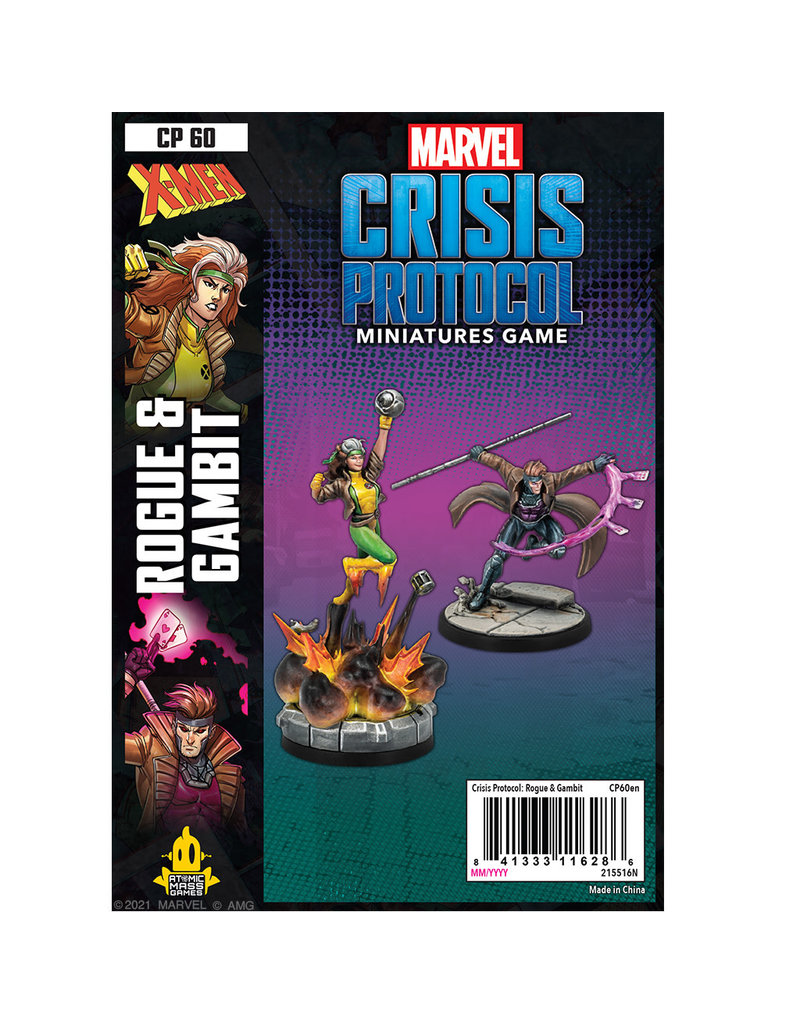 Born with a power that is both Blessing and curse, the mutant Rogue can absorb the powers and memories of anyone she touches. This remarkable but devastating power allows her to wield the abilities of her foes but leaves them depleted-or worse. Prolonged contact with her skin drains the vital energy from those she touches. Afraid to harm those close to her, Rogue fled her past life. A runaway from the American South, she started her career as a member of the Brotherhood of Mutants under Mystique before joining the X-Men to fight on the side of good.

Remy Lebeau is Gambit, a dashing scoundrel with the mutant power to accelerate the molecular energy of an object, transforming mundane items into kinetically-charged explosives. Raised by a gang of New Orleans street thieves, Gambit is a master thief and former member of the Thieves' Guild. Forced into the employ of the Marauders, Gambit had an unwitting hand in the destruction of the Morlocks. Wracked by guilt, his life of wandering ended when he met Storm and him finding a new family as one of the X-Men. Now fighting to protect others, he dishes out punishment with his bo staff and trademark playing cards. With a little kinetic enhancement, Gambit always has the winning hand.

***Miniatures are supplied unassembled and unpainted