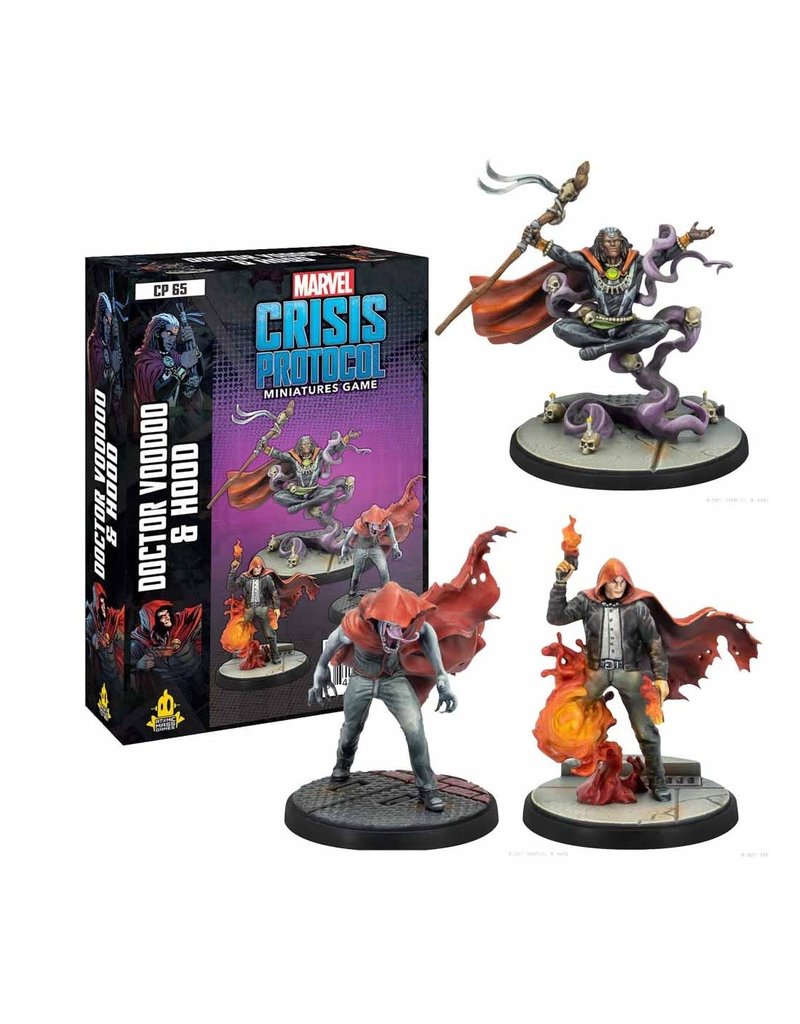 When Doctor Jericho Drumm returned to his home in Haiti, he discovered his brother had become the Houngan Supreme, a practitioner of voodoo and protector of the people. The Houngan Supreme was dying from a curse laid by a rival sorcerer, but before he died he passed his mantle onto Jericho, making him Doctor Voodoo. Combining magic and voodoo, he battles powerful otherworldly villains as an avenger of the supernatural.

Parker Robbins was a petty criminal until he clashed with a Nisanti demon and took its mystical cloak. The cloak endowed him with powerful magical abilities, allowing him to rise as a dangerous crime lord and sorcerer. He assumed the identity of the Hood, a villain who uses his power of flight and invisibility to gather other criminals under his leadership.

*Miniatures are unassembled and unpainted.