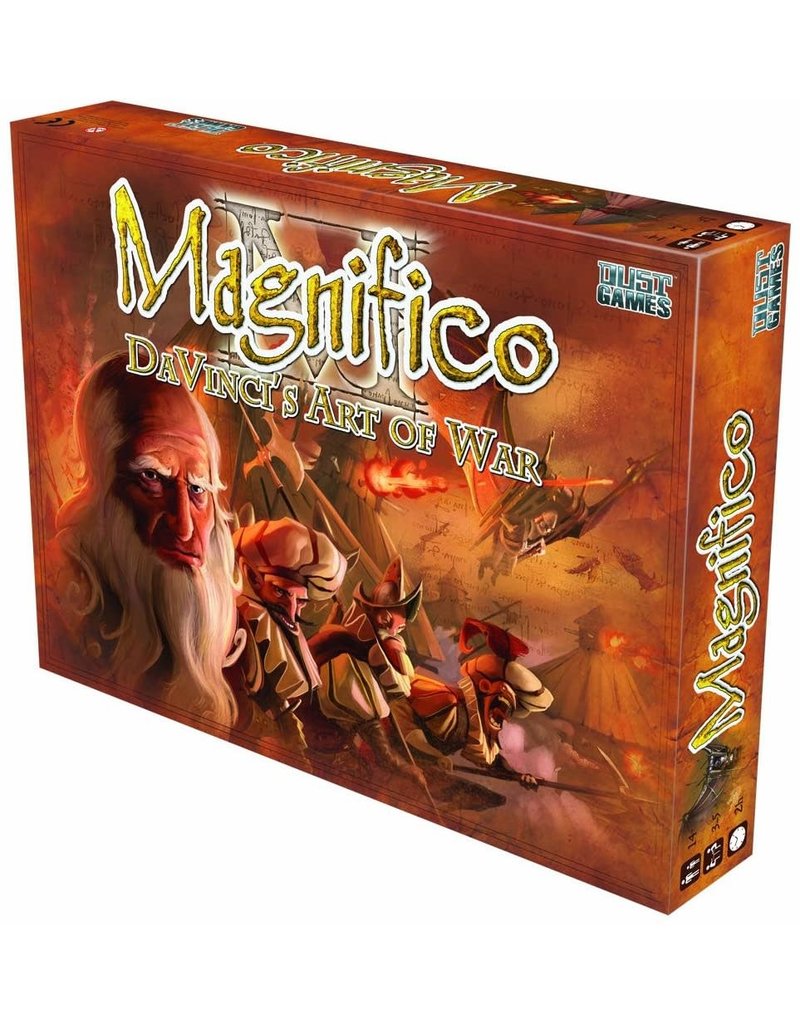 Imagine a world where Leonardo DaVinci's various machines of war were actually built. Now, imagine what the face of war would look like if these inventions suddenly became mass-produced. Welcome to Magnifico. Magnifico: DaVinci's Art of War is a board game of military conquest for 3-5 players. Set in an alternate history where DaVinci's fantastic machines of war were mass produced and fielded in battle, Magnifico offers a unique vision of 16th century warfare. Players are tasked with becoming the next “magnifico” by conquering the most lands, acquiring the most works of art and constructing the most projects for their people. With its blend of elegant mechanics and customizable inventions, Magnifico creates a strategic game that's easy to learn and play.