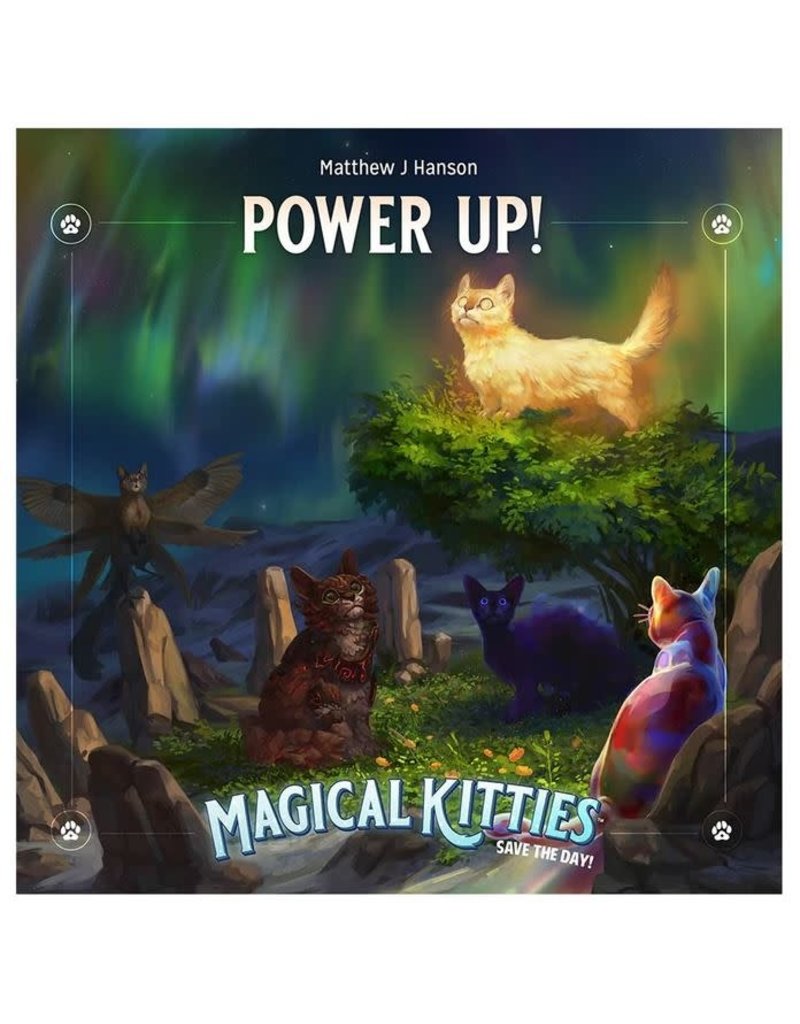 Atlas Games Magical Kitties Save the Day RPG: Power Up

YOU CAN'T SAVE THE DAY....UNLESS YOU POWER UP!

Make your Magical Kitties series into an epic adventure that you and your players will never forget! Power Up adds epic power, epic stakes, and epic scope to your game, with new Epic Foes, Epic Problems, and rules for vast new hometowns ranging from countries to entire planets to galactic federations.

Don't worry, though! Your kitty krew will be up to the task with thirty-six new Magical Powers, plus new
Bonus Features, Epic Stunts, Power Quirks, and rules for advancing beyond Level 10. Add exciting intrigue to your stories with Secret Origins and, if that's not enough, you can use Power Up's guidelines to create your own, all-new powers.

You'll need all the help you can get to face off against the terrifying mirror magic of the evil sorceress Sorlana, the interstellar armadas of the Varlan Empire, and the invincible might of the Mecha-Raccoon.

But once you've powered up, nothing will be able to stop you and your friends from saving the day!