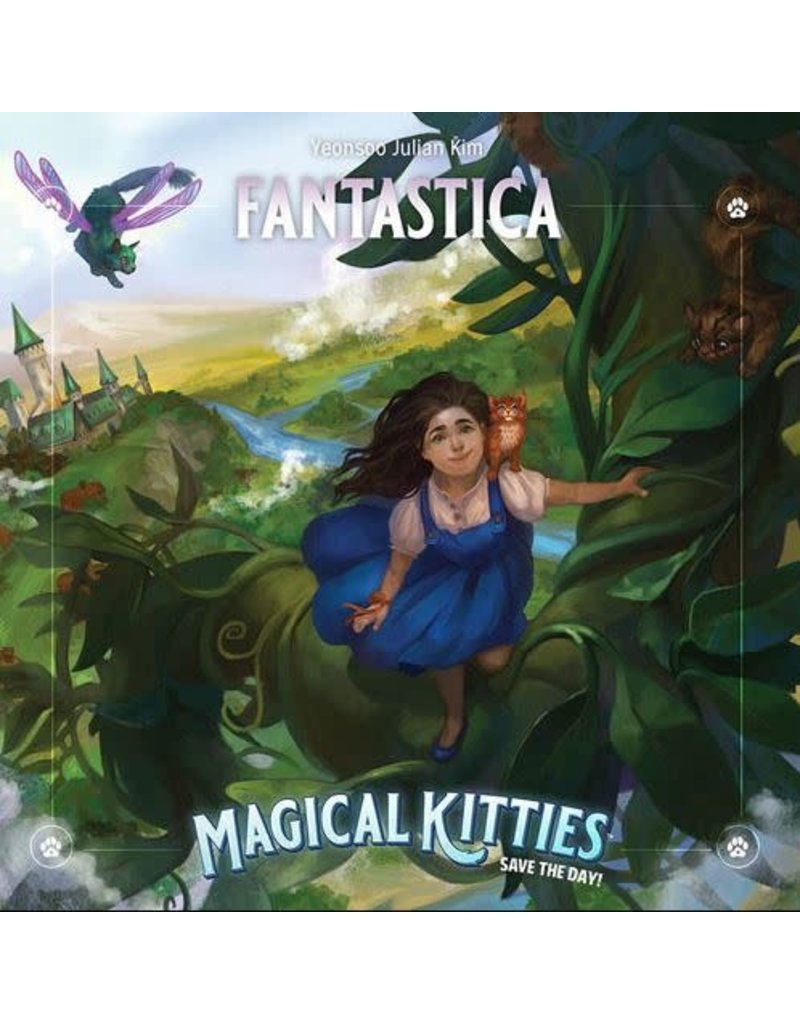 Magical Kitties Save Magic Itself!
In the Hidden land of Fantastica, fairy tales are real! Here everyone knows about magic, and that means everything is different for magical kitties. There's no need to hide your magic, and humans and kitties work together to solve their problems!

The Nine Kingdoms are ruled by princesses, princes, and fantastical creatures: Nina the Mermaid, Yuki-Onna the Snow Woman, Sinbad the Sailor, Anasi the Spider, and the lovable Puss-in-Boots. Together with other adventurers, witches, Fairies, Kitties, and creatures, they form the Golden Circle.

But the peace and harmony sought by the Golden Circle is threatened by terrible Villain's like Queen Carnelian, the ruler of a land greatly harmed by magic, who now seeks to destroy all magic!

In Fantastica, your kitty krew has more to worry about than just a hometown. They have a whole kingdom!