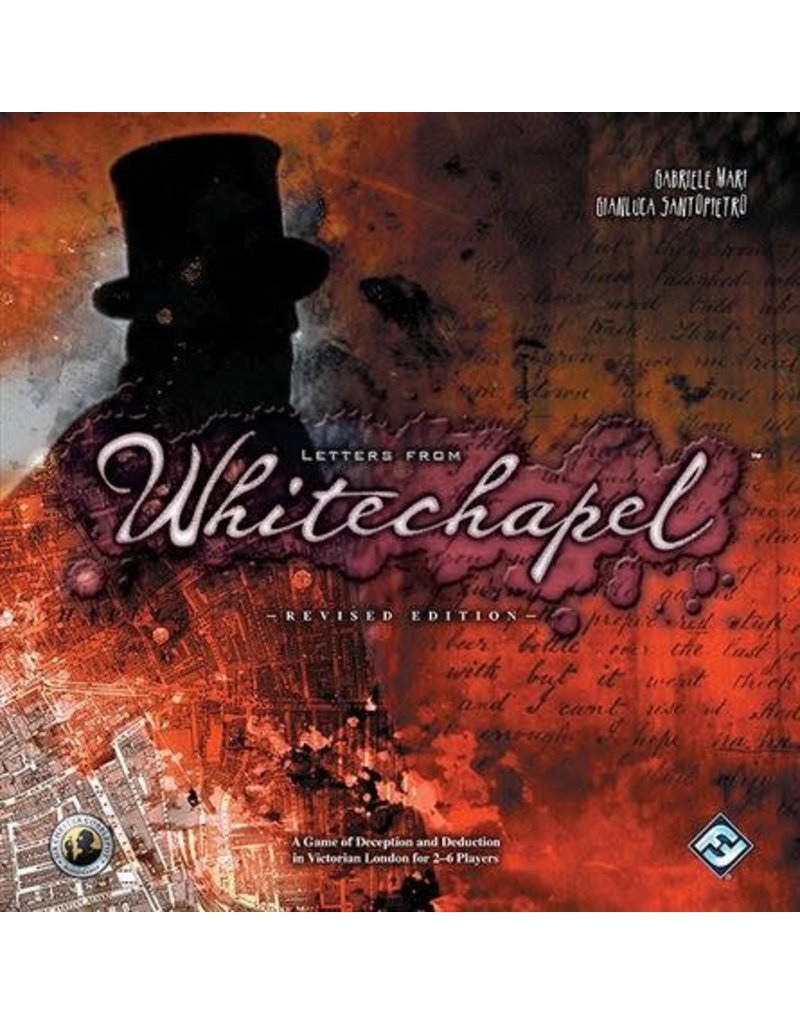 Welcome to Whitechapel. Welcome to Jack the Ripper's streets. Letters from Whitechapel™ is a game of deduction and bluffing set in London, 1888, the time of Jack the Ripper. It's a game for two to six players, age 13 or older, for an average time of 90 minutes. Five important detectives are on the trail of Jack the Ripper, the most dangerous serial killer of all time. They must chase the mysterious murderer through the tangled streets and alleys of the Whitechapel district. One player plays Jack the Ripper, and his goal is to take five victims before being caught. The rest of the players are police detectives, who must cooperate to catch Jack the Ripper before the end of the game.