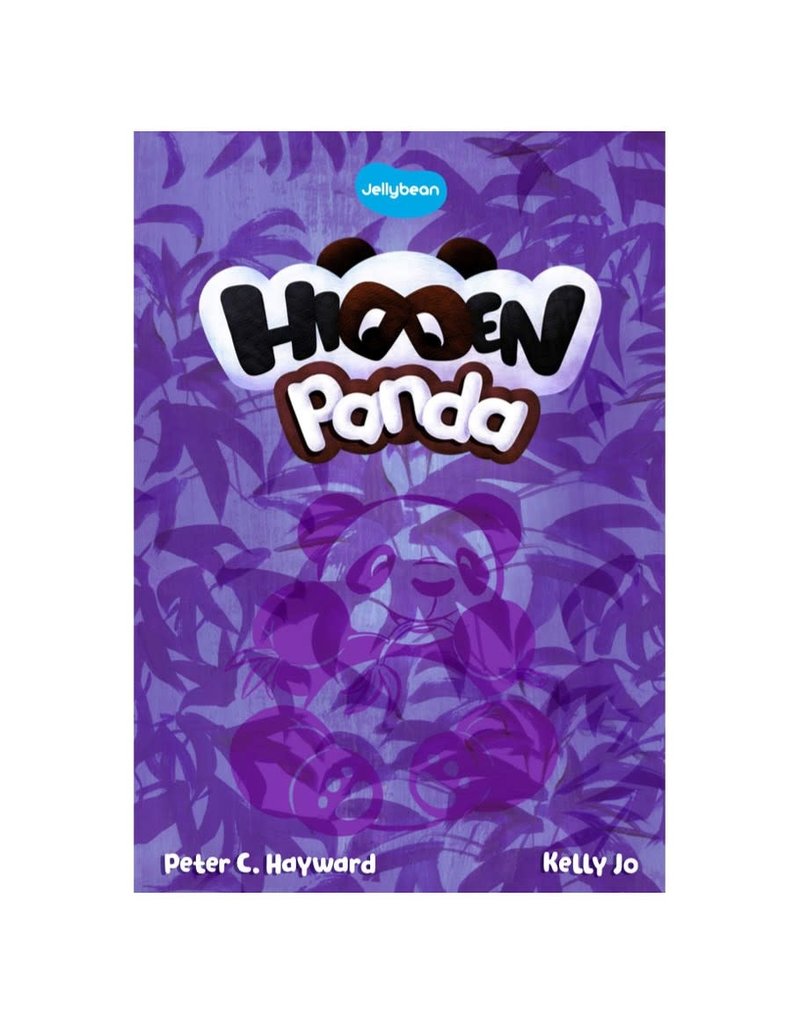 Pandas! Bandits! Conservationists! Grandma!
As a Panda: sneak into the Bandit Camp and get your babies back without getting caught.
As a Bandit: catch those sneaky Pandas, while stealing as many baby pandas as you can.
As a Conservationist: protect the Pandas! There aren't many left!
As Grandma: lead the team, and make some delicious bamboo soup.

Hidden Panda is a team game. The Bandit Team consists of all the Bandits. They're trying to work out who everyone is, so they can steal the baby pandas.

The Panda Team consists of Grandma, the Conservationist, and the Pandas. They want to keep the Panda's identities secret, to keep the baby pandas safe from the Bandits. Starting with Grandma and going clockwise, players hand out 3 baby pandas each turn, then play 1 tea biscuit. When a player gets 3 tea biscuits, players vote on whether or not to net them.

Netted players lose all the baby pandas they've been handed, but do not reveal their role or leave the game. If all Pandas are netted, the Bandit team win! Otherwise, the team with the most baby pandas at the end of Grandma's third turn is the winner.