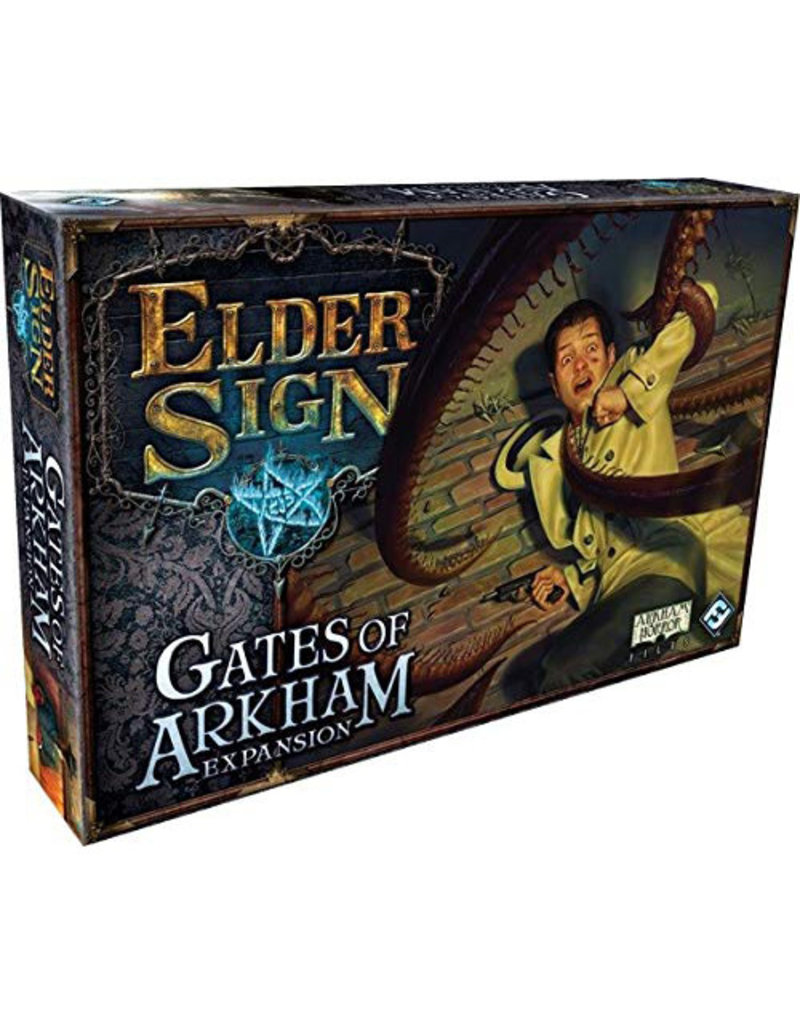 The struggle against the Ancient Ones spreads out of the museum and into the haunted city of Arkham in the Gates of Arkham expansion for Elder Sign. Adventures take place in over twenty locations including Velma's Diner and the Curiositie Shoppe, Arkham Asylum and the Uninvited Isle. Meanwhile, gates to Other Worlds open throughout Arkham, destabilizing time and space.

Four new Ancient Ones threaten humanity and eight new investigators join the quest for elder signs. Investigators can also now acquire skills that give them lasting advantages. Memberships in either the brutal Sheldon Gang or the mysterious Silver Twilight Lodge help investigators complete tasks and grant them added rewards. It will take all the skills, resources, strength, and sanity you can muster to prevent the Ancient Ones from awakening – and to stay alive in the rough streets of Arkham.