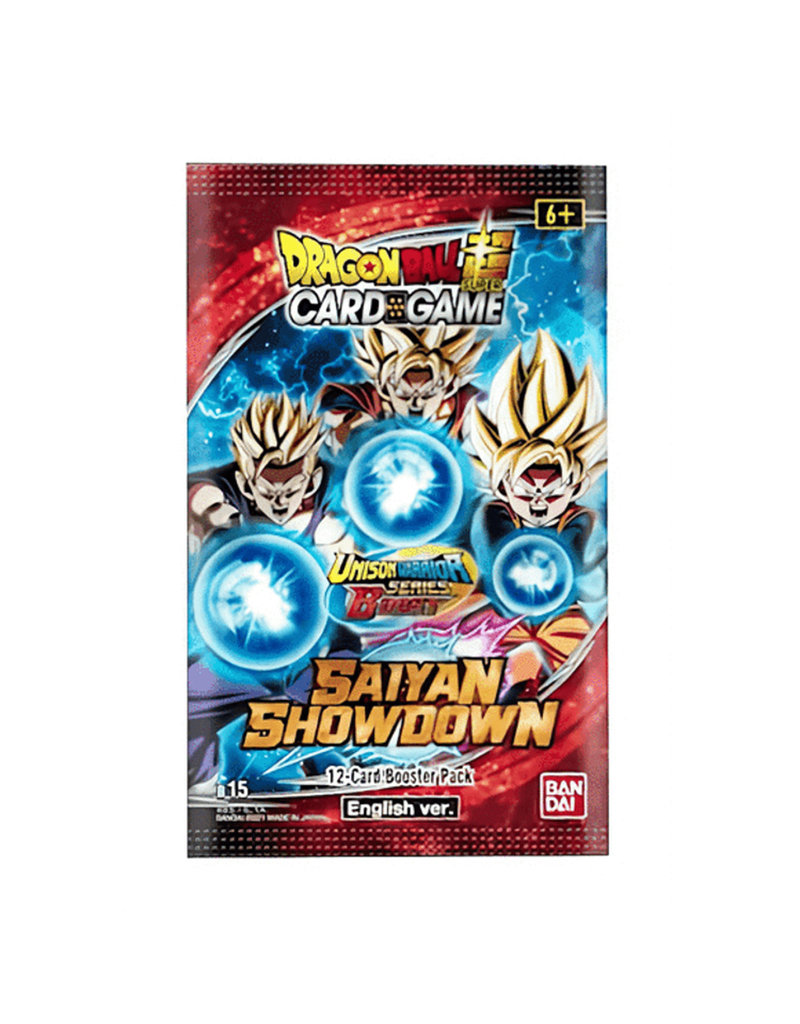 1. Saiyans VS Saiyans in the ultimate battle!

Saiyans gather from across the series to fight each other! Hero Saiyans take on Villain Saiyans for an unmissable character lineup that any Dragon Ball fan will love. These Saiyan cards will also reinforce the previous set's cards and help players power up their decks! An iconic theme recognizable by newcomers, competitive players, and collectors!

2. All 7 Xeno Shadow Dragons are here!

Due to an incredible response from stores and players, the random SR/SPR Box Topper is back. This random SR/SPR is sure to increase sealed product sales.

For the first time in DBSCG history, and to commemorate the 4th anniversary of DBSCG, UW6 will have 4 SCR cards! These cards will excite and surprise any fan!