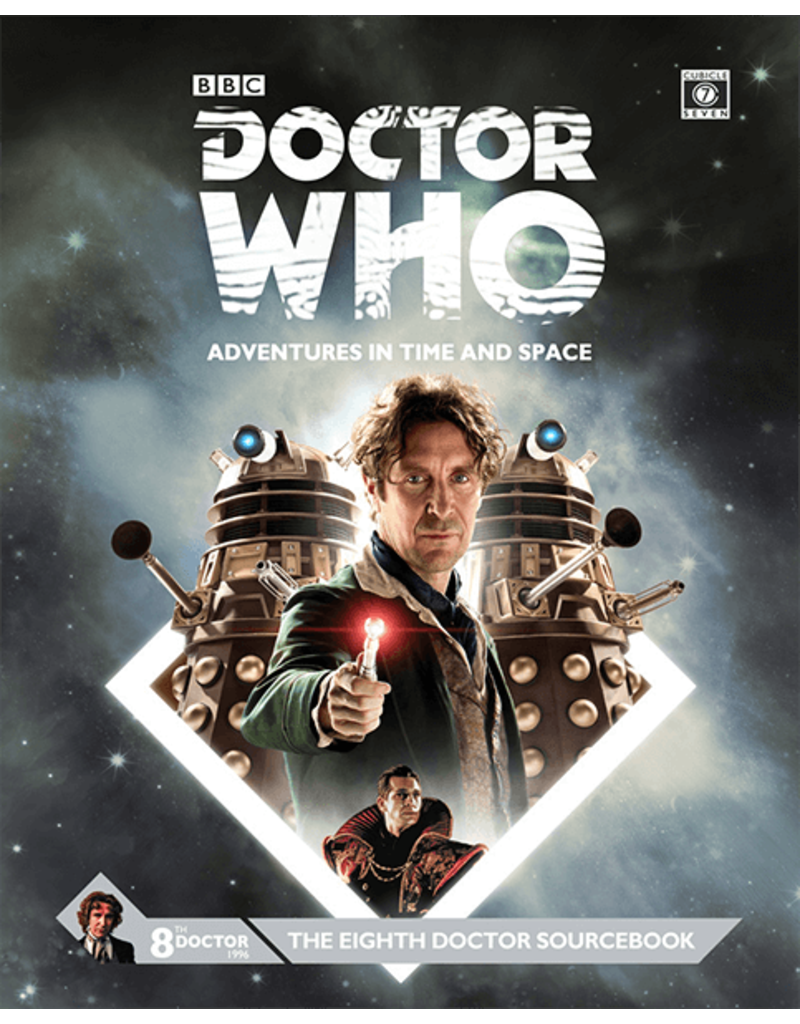 This is the Doctor, but probably not the one you were expecting.

After being shot in a gang war in San Francisco, the Doctor regenerates just in time to stop the Master once more. This eighth incarnation had much to contend with, not least the Time War and another fateful encounter with the Sisterhood of Karn.

As well as detailing the Eighth Doctor's adventures, this Sourcebook also contains a complete campaign – The Doom of the Daleks – that sees the Doctor's deadliest foe erasing the Time Lord from existence, forcing the companions into a race against time itself to save the Doctor!