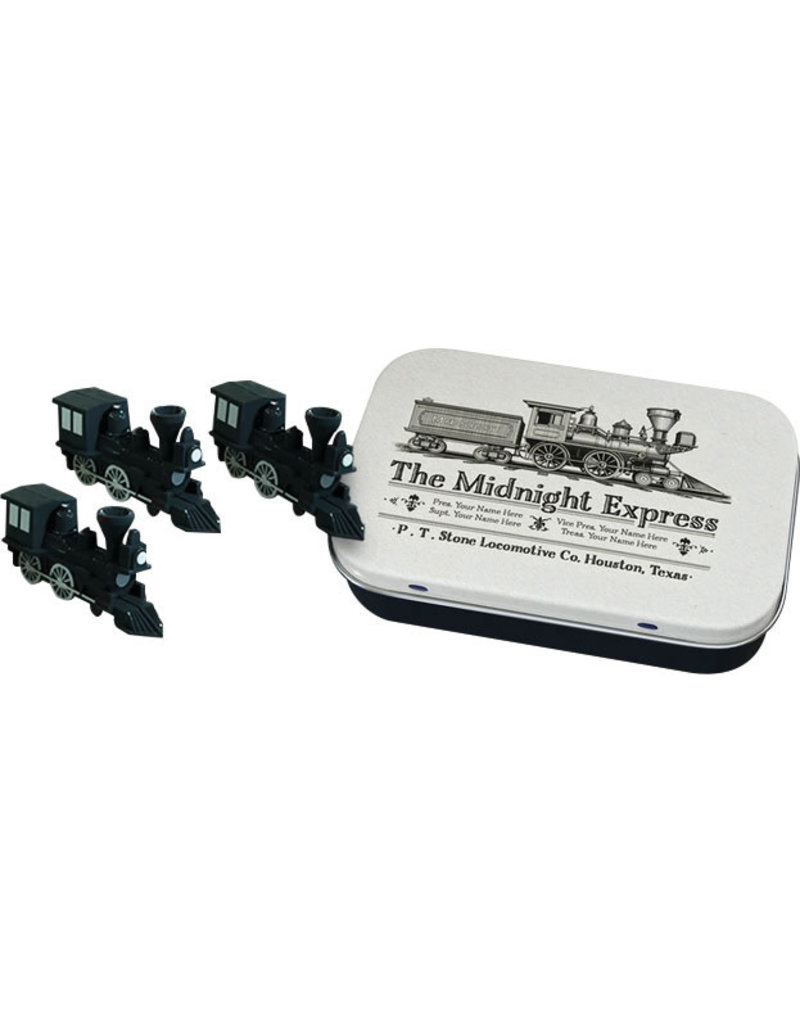 The Midnight Express: Almost two hundred years later, the 19th century steam locomotive is still what most people think of when they hear the word "train." The Midnight Express is our version of this iconic design. Its tin artwork copies the simple black and white locomotive company ads of the 19th century, which were usually little more than a drawing of the locomotive and a list of the company's officers. Each Deluxe Board Game Train Set includes: 48 beautiful, highly-detailed plastic trains, 1 stackable score marker, 1 metal tin with original artwork by artist Julianne Griepp. We know that your shelf space is limited, so each Deluxe Board Game Train Set has been designed to take up as little space as possible. And Ticket to Ride fans - rejoice!