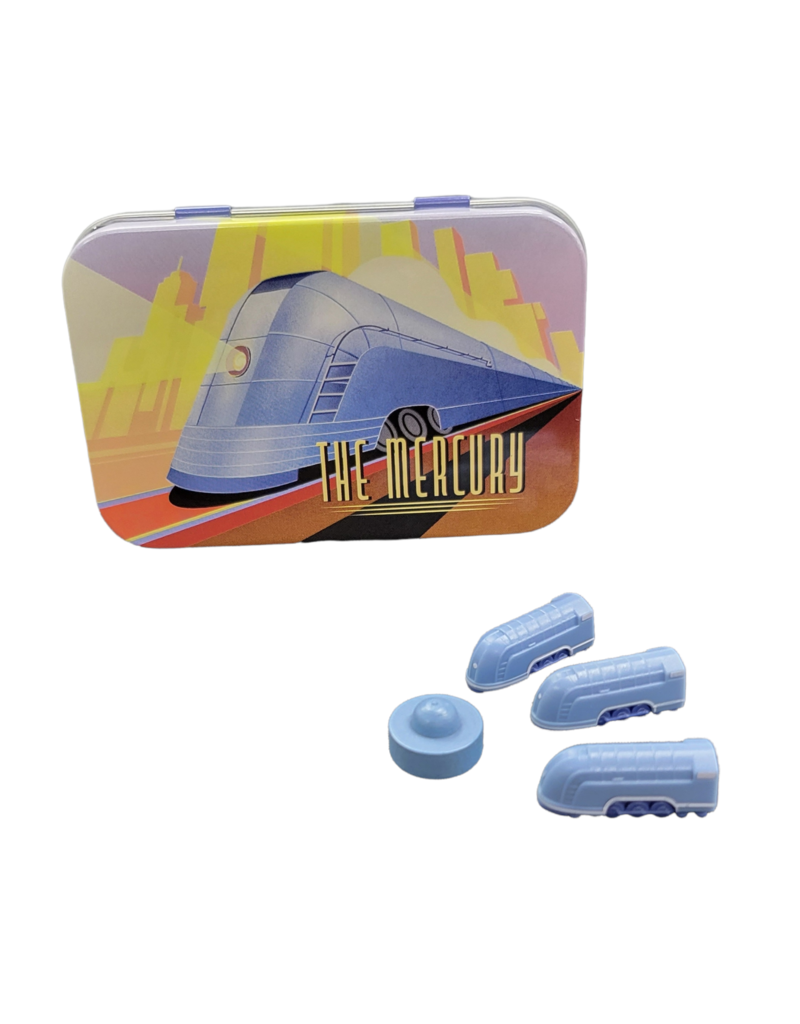 Stylistically ahead of its time, the Mercury was one of the most famous American streamlined locomotives of the 20th century, running from 1936 until its retirement in 1959. The Mercury's tin cover is in Art Deco - a popular style for train advertisements in the early years of the Mercury's service. Each Deluxe Board Game Train Set includes: 48 beautiful, highly-detailed plastic trains, 1 stackable score marker, 1 metal tin with original artwork by artist Julianne Griepp.