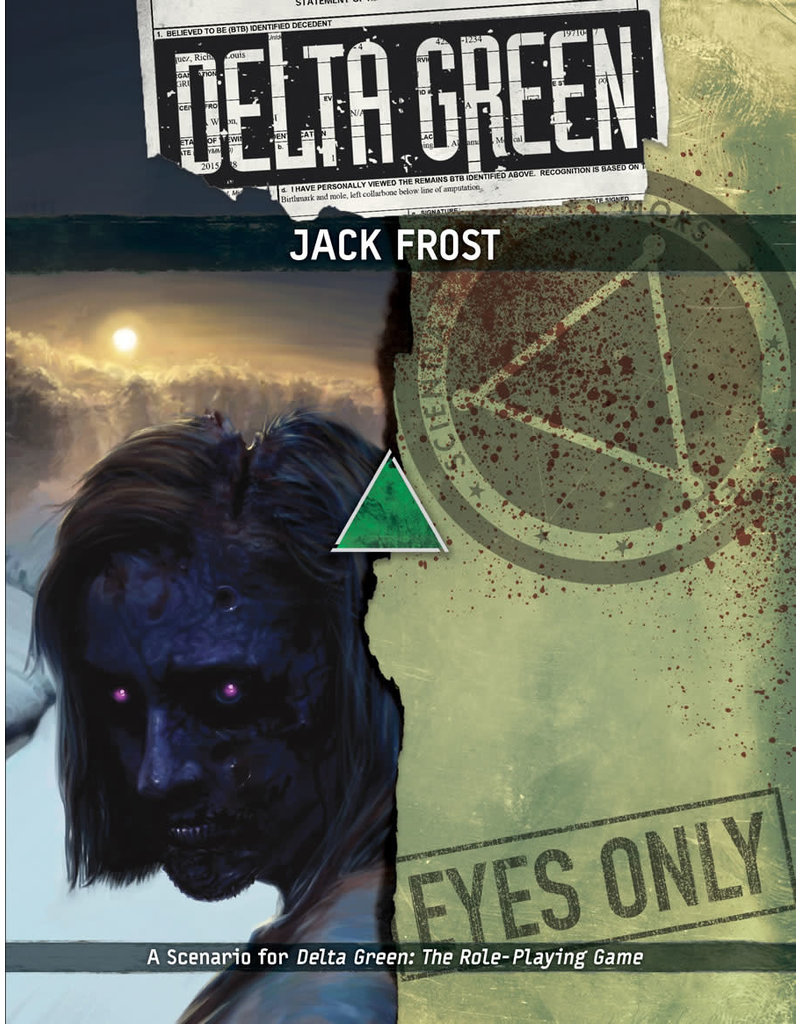 A rural valley in northern Alabama has always been prone to severe cold snaps. Like the Blue Northers of Texas, Alabamas Jack Frost descends suddenly and then is gone. On December 22, 1998, the worst Jack Frost storm in history hit the farming town of Willis. A lingering freeze an sudden floods killed dozens. Now, your players get a ground view of that apocalyptic storm. As scientists with the governments ultra-secret Project PLUTO, they suspect that something alien is at work. Their investigation may reveal a threat more vast than any mere extraterrestrial. Jack Frost is a scenario for Delta Green: The Role-Playing Game, featuring the other side of one of Delta Greens deadliest conflicts: the researchers and soldiers of the lethal MAJESTIC project.