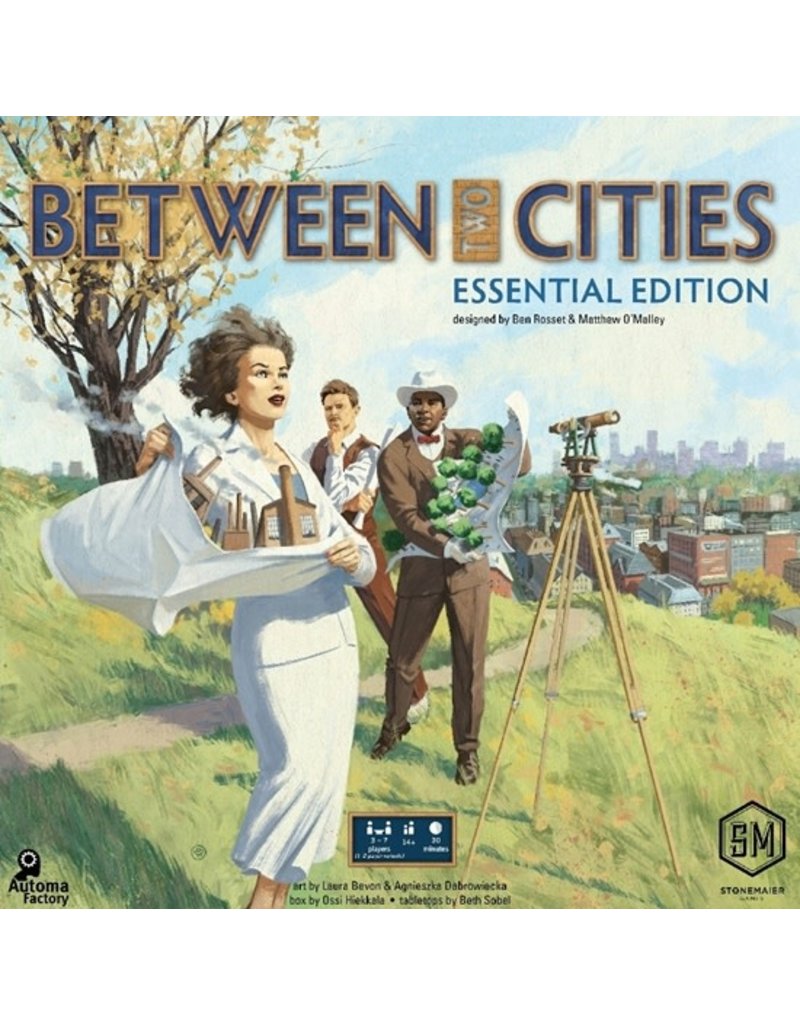 Between Two Cities is a 30-minute tile-drafting game for 1-7 players in which each tile is part of a city. You work with the player on your left to build one city center while simultaneously working with the player on your right to build a second city center. On each turn you select two tiles from your hand, reveal them, then work with your partners to place one of your selected tiles into each of your two cities.

At the end of the game, each city is scored for its architectural grandiosity. Your final score is the lower of the scores of the two cities you helped design, and the player with the highest final score wins the game. To win, you have to share your attention and your devotion equally Between Two Cities.