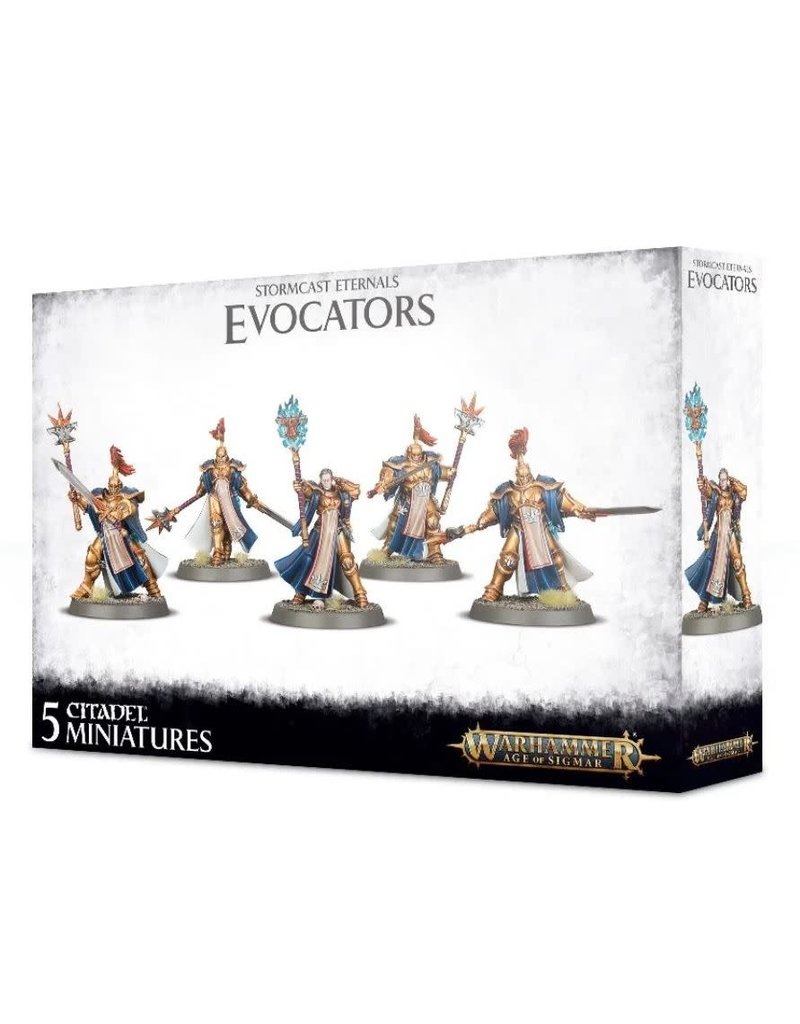 This multi-part plastic kit contains the components necessary to assemble 5 Stormcast Eternals Evocators. Each of the 5 is clad in Stormcast Eternals armor, with cloaks, tabards and ornate helms denoting their status as lightning-empowered shock troops of Sigmar. Dotted around their forms is the symbol of the Sacrosanct Chamber, the 3-marked anvil. Each can be armed with either a combination of tempest blade and stormstave, or a 2-handed grandstave. There are options for an Evocator-Prime – assemblable as male or female variants, this model can be built in a pose featuring magical lightning, or with its hand to its head, concentrating on a particularly powerful incantation. A model can be assembled as a Knight-Incantor, with a splendid beard and windswept hair gesturing toward the foe in a magically intimidating pose.

This kit comes as 76 components, and is supplied with 5 Citadel 40mm Round bases and a Stormcast Eternals Transfer sheet.