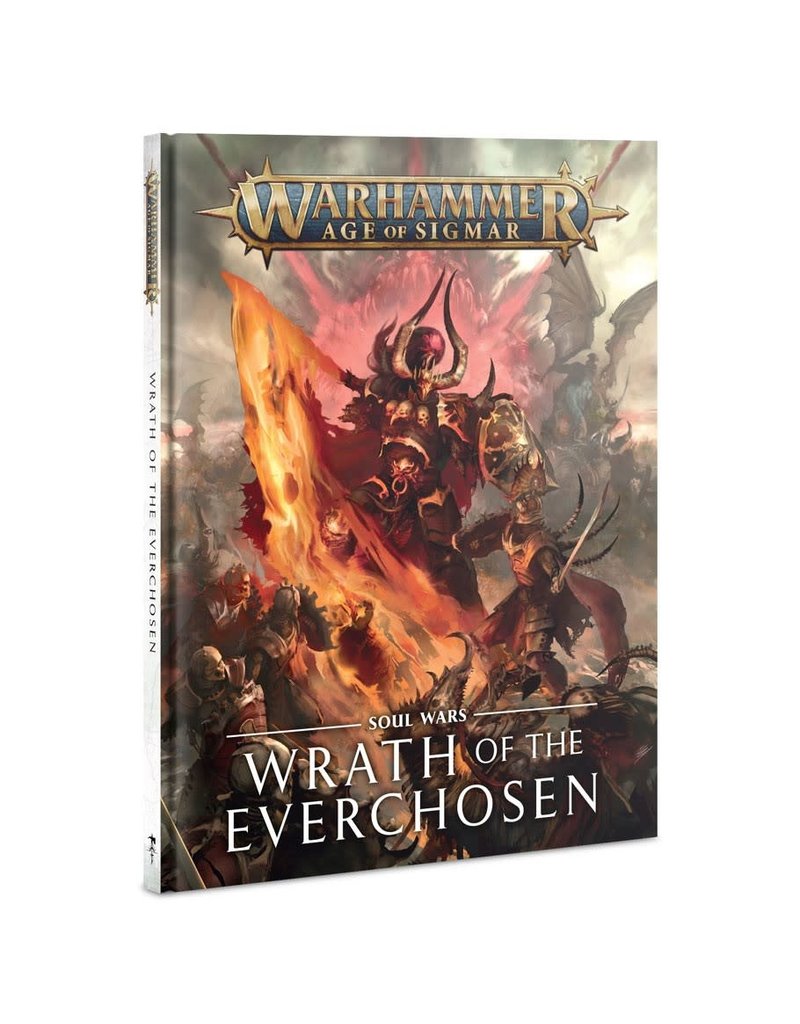 Roaming Monsters – Savage beasts abound in the Eightpoints, and the din of marching armies and battle attracts them like moths to a flame. A canny general can make use of them… The larger your army, the more of these creatures can be added to the game, with their own special rules for movement and engaging both armies!

Wandering Endless Spells – Raw magic and eldritch energies suffuse the landscape around the Varanspire, and endless spells can become rogue entities in their own right. Just as with the monsters, they have unique rules to control their behaviour during the game.

Chaos: Beasts of Chaos, Blades of Khorne, Disciples of Tzeentch, Hedonites of Slaanesh, Maggotkin of Nurgle, Skaventide, Slaves to Darkness

Allegiance Abilities for the Hosts of Chaos - including the Legion of Chaos Ascendent, the Knights of the Empty Throne, the Legion of the First Prince, and 11 others that focus of specific aspects of Chaos