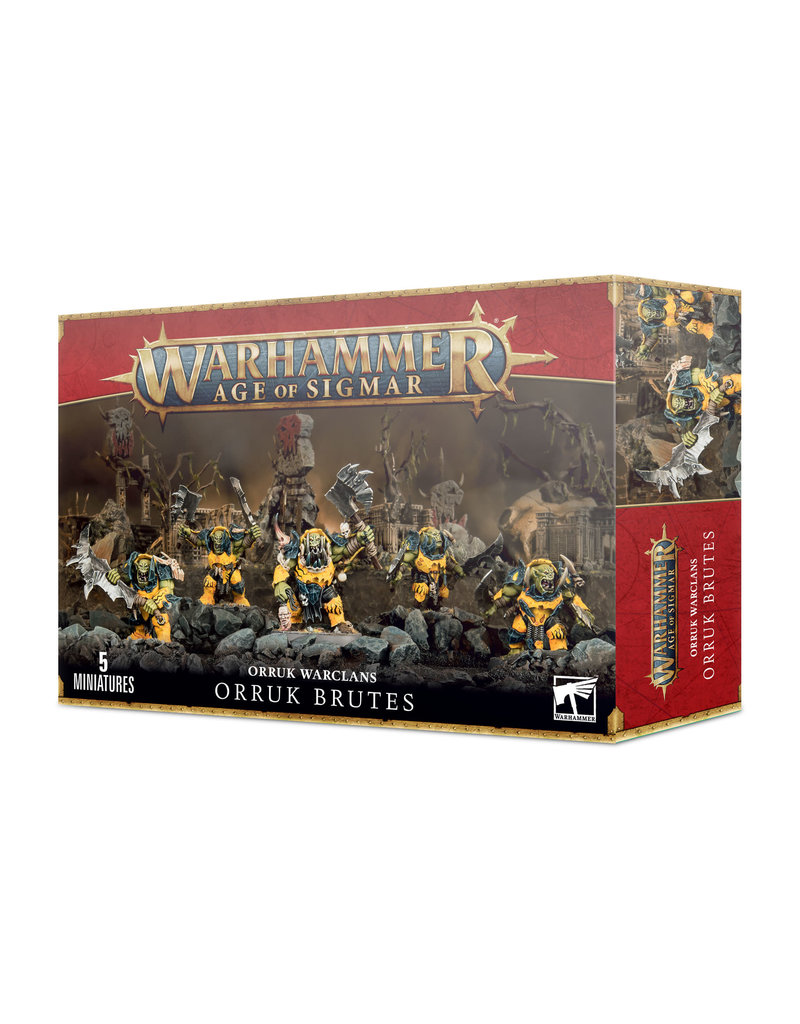 This multi-part plastic kit contains the components you'll need in order to assemble five orruk Brutes! Festooned with trophies of war, featuring massive metal or bone jaws, they can be armed with two choppas, or a double-handed jagged gore-hacka. One in five can be armed with a massive gore-choppa, and one model can be assembled as a Brute Boss, armed with either a boss choppa or a boss klaw and brute smasha. 102 Components in total, with 5 Citadel 40mm Round bases.