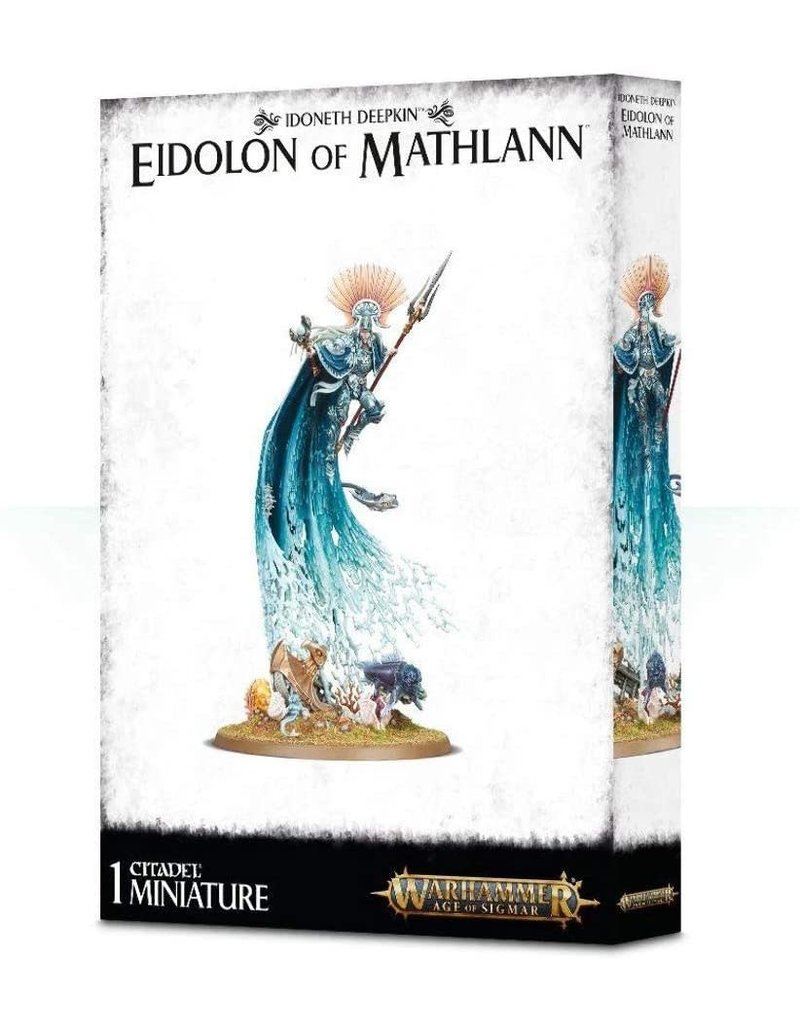 This multi-part plastic kit contains the components necessary to assemble an Eidolon of Mathlann, in his form as an Aspect of the Sea. Towering over the other Idoneth, he comes armed with a psi-trident – a massive 3-pronged spear in his left hand, which can summon blasts of abyssal energy; and a deep-sea sceptre wrought with jewels and used to club anything that gets too close. His armour resembles a set of scales, topped of by an open-face helm and enormous fanned crest. The most striking feature of both Eidolon models, either of which can be built from this kit is definitely the cloak – representing the unimaginable power of the seas, it is styled as a cascading torrent of ocean water. There are plenty of detailed basing options included, with corals, sea creatures and other detritus from beneath the waves included – you'll have a lot of spares left over to decorate other Idoneth miniatures. As well as this, an ethereal Stormshoal fights alongside the Eidolonn.

This kit comes as 51 components, and is supplied with a Citadel 100mm Round base. The kit can alternately be used to assemble the Eidolon of Mathlann – Aspect of the Storm.