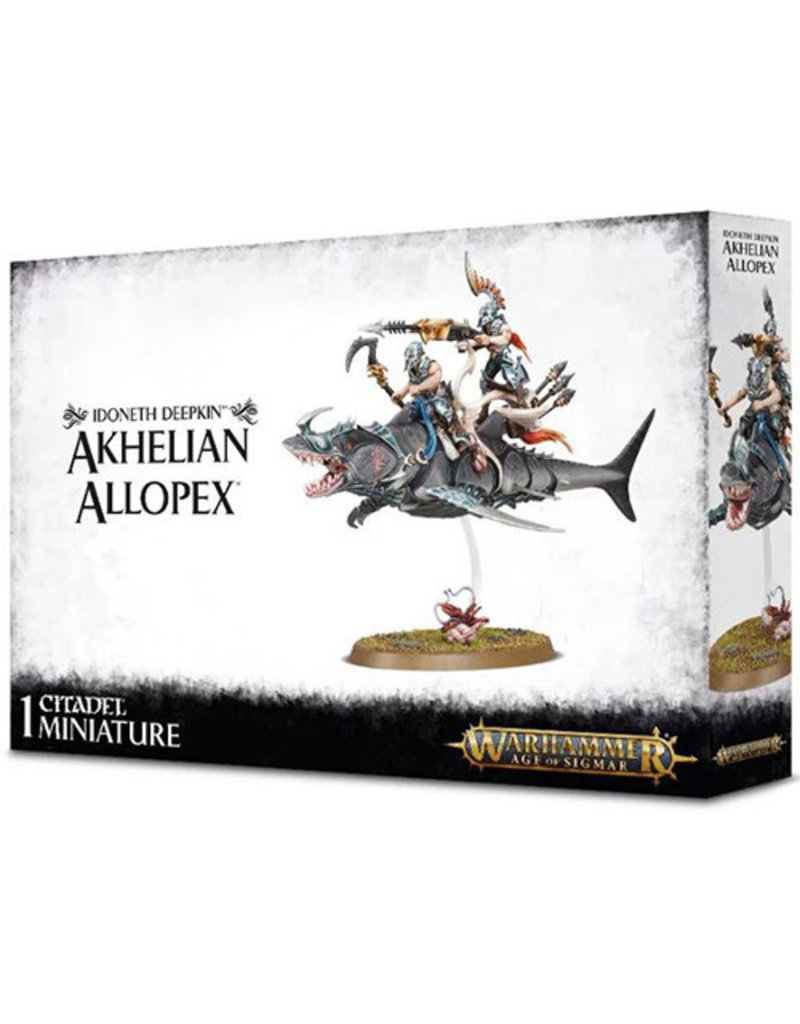 This multi-part plastic kit contains the components necessary to assemble an Akhelian Allopex. 2 Akhelian Guard mount the beast – the foremost clutches the reins in his left hand, with a barbed blade (or optional barbed hook) in his right. Behind him stands a Guard manning the razorshell harpoon launcher atop a specially-built platform – this can optionally be built as a retarius net launcher, both options featuring a cache of harpoons behind the weapon. The pilot features a helmet with no crest – allowing the harpoon launcher a clear shot – and the gunner, almost seeming to make up for this, features a particularly large crest; both feature the heavy plate and bare arms that typify the Akhelian Guard. You have the option to model the Allopex with mouth closed or open, and a selection of accessories – fishing net, rope and grapple hook, fiasco bottles, normal bottles and bottle and case – used to decorate the creature and base.

This kit comes as 47 components, and is supplied with a Citadel 90mm Oval base & flying stand.