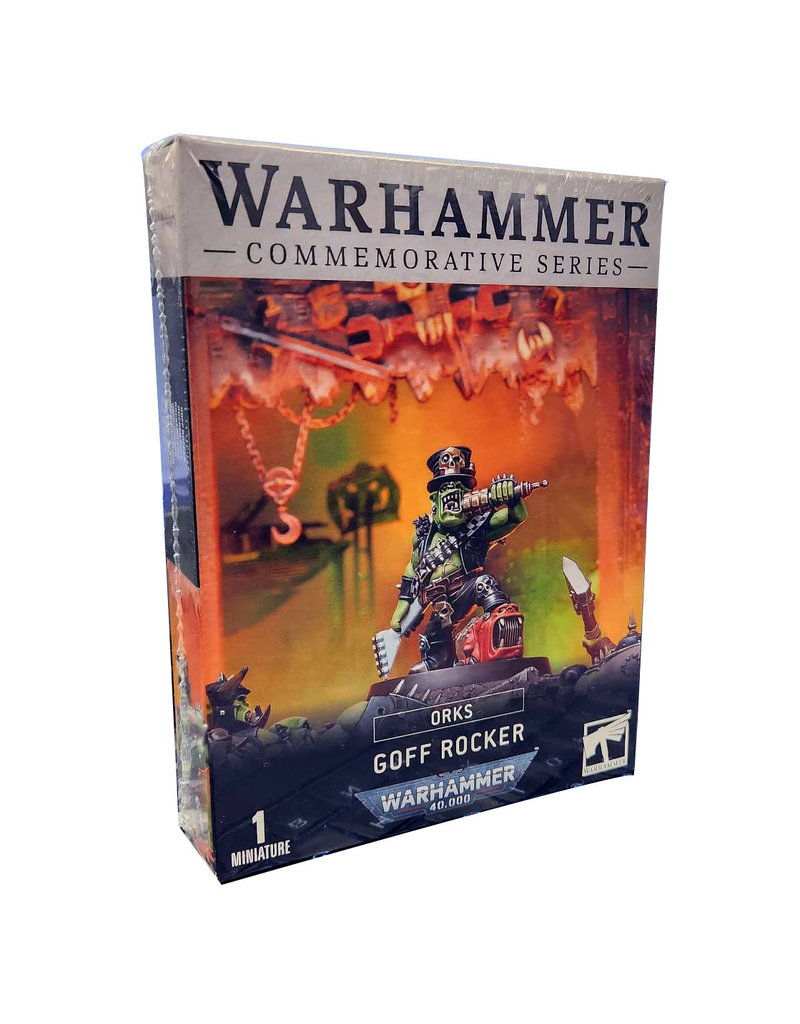 Inspired by the original Goff Rockers miniatures released in Warhammer's distant past, this miniature is designed to be reminiscent of – and intended to be – the frontman of the band. Standing as if mid-performance, with one foot atop a remote Squig-amp, he is equipped with a classically shaped rock guitar and Stikk Bomb microphone.

Additional rock motifs include an open sleeveless studded leather jacket, a spiky wristband and glove, and rings on his right hand. A veteran of battles from a previous career, Goff Rocker bears scars across his stomach and is blind in his left eye.

This festive Commemorative Series miniature has no specific rules or battlefield role in games of Warhammer 40,000, however, you are free to use the Goff Rocker miniature as a Boy, Nob, Flash Git, or any other appropriate role found within Codex: Orks.

This 10-piece plastic kit contains the components required to build one Goff Rocker miniature. It requires assembly and is supplied unpainted.