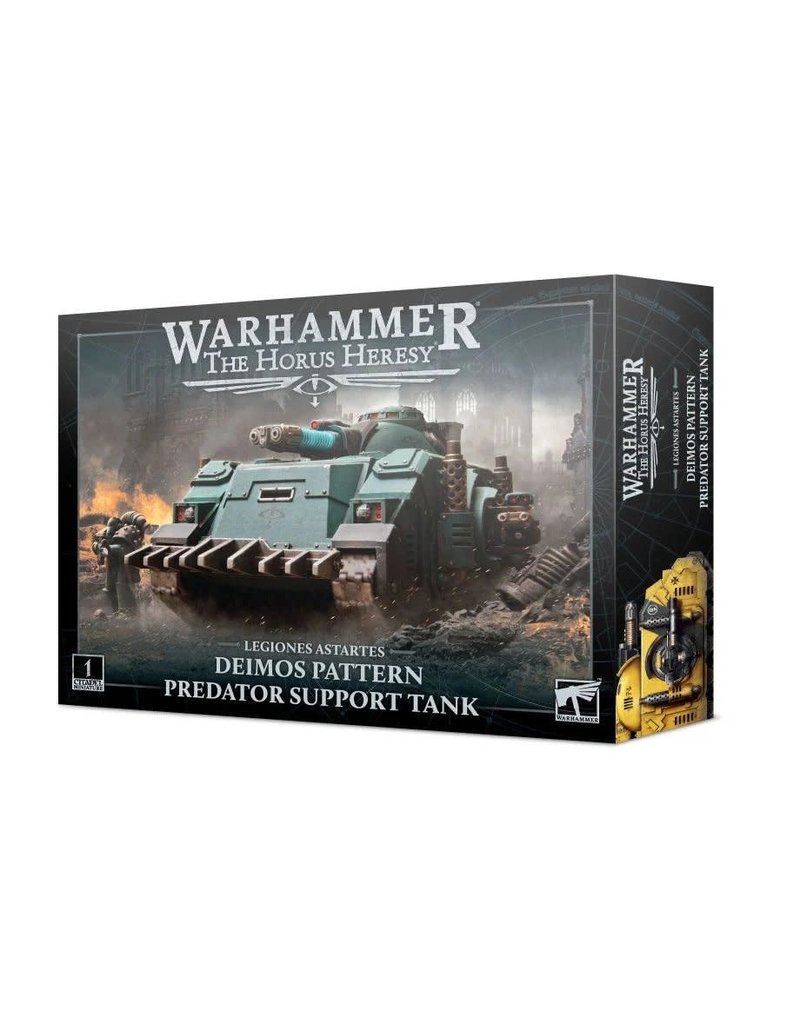 his multipart plastic kit builds one Legion Support Predator, a versatile battle tank in the Deimos pattern. This powerful tank stalks the battlefield in armored squadrons, and can be built with one of five turret weapons – a long-range heavy conversion beam cannon, a devastating executioner plasma destroyer, an armor-piercing magna-melta cannon, an infantry-melting flamestorm cannon, or a vehicle-slaying neutron blaster. It also boasts a pair of sponson weapons – heavy bolters, heavy flamers, lascannons, or volkite culverins – that can supplement its primary weapon or allow it to engage a more diverse range of threats.

The kit also includes components to upgrade the Legion Predator with a pintle-mounted weapon – a havoc launcher, heavy bolter, heavy flamer, multi-melta, or a combi-weapon with five configurations (bolter, flamer, melta, plasma, or volkite) – as well as a searchlight, a dozer blade, a hunter-killer missile, and a number of cosmetic options, such as towing hooks, sigils, and a choice of a Space Marine gunner, spotter, or closed hatch.

This kit is composed of 189 plastic components, and is supplied with a Legiones Astartes Vehicle Transfer Sheet containing 44 optional markings and icons for the Sons of Horus and Imperial Fists Legions. This miniature is supplied unpainted and requires assembly.